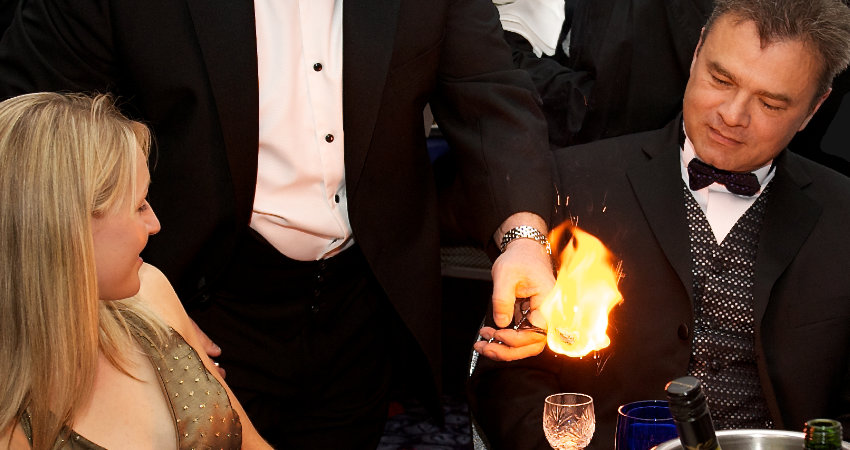 October was busy with weddings and also Compereing the 80th Anniversary Gala Show of my Magic Club, with my last performance of the month taking me up to the Slate Conference Centre at Warwick University, to perform Close Up Magic at the CBRN pre conference dinner, for some 200 + delegates mainly from the emergency services, and mostly male, which was noval. I was given the freedom to work the room and bars as I felt was best, and tried to work with slightly larger groups of people, to ensure as many of the delegates as possible were entertained. Initially, some performers may have considered the audience a little intimidating but they were an incredibly receptive audience and a very enjoyable to entertain.

Many thanks to Joanna Surowiec from the organisers Tactical Hazmat, Leigh Smith (West Midlands Police – the Hosts) and Neil Francombe  (5.11 Tactical) 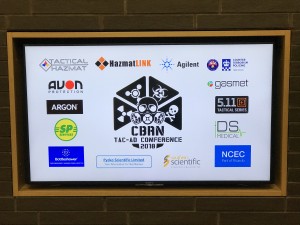 Delighted to receive the following email from Joanna:

“Kevin provided fantastic entertainment at a conference we organised. From the first conversation with Kevin I knew he will be great to work with but I wasn’t sure how this type of entertainment would go down with the audience of around 200 men. It went down brilliantly well! Kevin exceeded all our expectations and wowed the audience. There were loud bursts of laughter around the venue wherever he worked. Kevin has a brilliant sense of humour and clearly knows what works with the audience. I will never forget how he turned a balloon into a bottle of wine. The magic was absolutely brilliant! I will certainly keep Kevin’s details for any other upcoming events and I can’t recommend him highly enough.”